Join the newsletter to get rural reflections mixed with kitchen, home-making, and gardening tips right in your inbox!

You are here: Home / Family & Friends / 10 Romantic Movies that Your Partner Will Actually Watch with You

10 Romantic Movies that Your Partner Will Actually Watch with You

On our in-home date nights, we like to make a yummy dinner then settle in with a good movie and some chocolate peanut butter ice-cream. Separate bowls though so there’s no sneaky last bites. 😉 It’s nice to spend time together that doesn’t cost a lot of money and is just the two of us.

I don’t know about you but it can be like pulling teeth to get my husband to watch a romantic movie with me. Romantic comedies are often the closest we can get. Let’s just say my taste is a little more Hallmark and his a little more horror.

So, it’s always a victory when we can find a feel-good movie that has elements for both us. I asked some gal-pals what romantic movies they can actually get their partners to watch and here’s what they said:

This is absolutely my favorite Christmas movie of all time but it is such a classic that I love it anytime of year. I have this secret crush on Colin Firth that goes all the way back to the first Bridget Jones’ Diary. Some fell in love with him in the BBC Pride & Prejudice movie (something about a wet white shirt…). From Colin Firth to Emma Thompson, this movie has it all.

2) The Notebook (and many other Nicholas Sparks stories)

How, oh how, do you do this Nicholas Sparks? You break our hearts time and time again yet we keep coming back to you. The key to this movie is we almost know how it turns out. In a way, we’re getting two epic love stories in one movie. Ryan Gosling not too shabby either. Hey Girl.

This is probably the most crude out of the bunch, as are most Adam Sandler movies. This is a cute movie and Drew Barrymore-Adam Sandler always craft a little magic. Bonus points for the stunning Hawaiian scenery. Probably my husband’s favorite on this list. 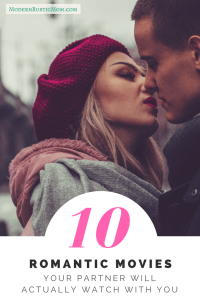 This is such a sweet movie. Reese Witherspoon, Patrick Dempsey, and Josh Lucas. Swoon. The adorable Ethan Embry is also in it. He’s now on the hilarious Netflix show, Grace & Frankie. This movie the classic romantic story: how does she choose between the life she had and the life she thought she wanted? What will she give up to get what she wants? Will she risk it all?

What is it with guys named Ryan? Ryan Reynolds and Sandra Bullock have great chemistry together. I’d love to see them do a full comedy together. This movie talks about family, work, and love with a lot of humor mixed in. And Betty White. She’s hilarious.

If you couldn’t tell already, I’m a sucker for all things British. The quaint English cottage, Kate Winslet and Jude Law’s accents, and the amiable Jack Black, create a cheesy mix of Christmas-focused fun. It’s not high on my list but it helps scratch the itch of spending Christmas in England.

Can men and women really be friends? Ah, that perennial question. We know how it turns out with Harry and Sally. Even though we know how it turns out, we can’t help but watch their relationship evolve over perms and pastrami. It’s truly amazing when the person you love is someone you also truly like as a friend. I’ll have what she’s having.

This one is in the same league of 50 First Dates. I didn’t realize how many jerks Bradley Cooper has played until I started researching for this list. He plays the ultimate stuck-up jerk dating Claire (played by Rachel McAdams, see The Notebook above). Owen Wilson comes to her rescue despite his frat-boy behavior and even crashing a funeral. It’s more far-fetched but in the end, you’re still rooting for him.

Another Meg Ryan. This time she gets to play with Tom Hanks, who plays a widower with the most adorable son. It’s another ‘against all odds’ story with chance encounters about a woman following her instincts to the man she truly loves. Plus, all good love stories end at the top of the Empire State building.

Fairy tales, swamp monsters, and once again, British accents. I first saw this movie on a VHS tape at my grandmother’s and it’s been a favorite ever since. Have you seen Cary Elwe’s Culligan Man commercial? I’d still rather see that commercial than his role in Saw.   As you wish.

Every time I have a cold or a bad day, I put this movie in and instantly feel better. The Irish countryside, the quirky Amy Adams, and the rascally/wildly handsome Matthew Goode transport me to my happy place. It wasn’t received well by the critics but frankly, when you know, you know! Maybe some other time I’ll tell you about the time my girlfriends and I tried to busk on the streets of Dublin with a penny whistle. There may have been beer involved. 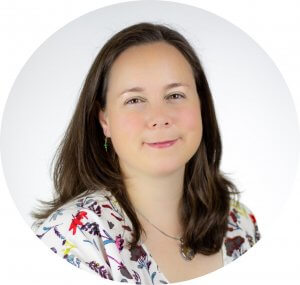 Welcome to Modern Rustic Mom! I’m Jo. I created this website to show that rustic living can be both elegant and practical. Join me as we explore gardening, hosting holidays, and eating well.

Sharing & Copyright
© Modern Rustic Mom, 2017-2019. Unauthorized use and/or duplication of this material (text and/or images) without express and written permission from this site’s author and/or owner is strictly prohibited. Excerpts and links may be used, provided that full and clear credit is given to Modern Rustic Mom with appropriate and specific direction to the original content.

This error message is only visible to WordPress admins